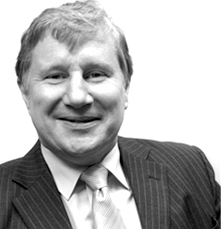 Hugh is qualified as a chartered accountant with KPMG, and has had a diverse career in finance and business development. He spent 16 years in management roles with British Petroleum, followed by six years in international corporate finance with Robert Fleming and Co and Dresdner Kleinwort Benson. Since 2000, Hugh has worked primarily in the Cambridge innovation community, initially as Financial Director with the NW Brown Group. He now divides his time between working as a consultant with early stage and new businesses, and supporting a variety of cleantech and environmental businesses.

Hugh is Chairman of Cambridge Cleantech, Founder of Cambridge Energy Forum, a non-exec Director of NW Brown Group and of several low-carbon companies. He is a member of the Investment Committee of IQ Capital, Chair of ICAEW East Region Strategy Board, and a Visiting Fellow at Anglia Ruskin. His charity activities include honorary Treasurer of Magpas (volunteer ambulance service), Ambassador for Wysing Arts Centre, member of steering group for Cambridge Retrofit (aiming to facilitate a lower carbon Cambridge), Founder and Chairman of eLuminate Foundation (arts and low carbon lighting festival).

This Campaign has ended. No more pledges can be made.